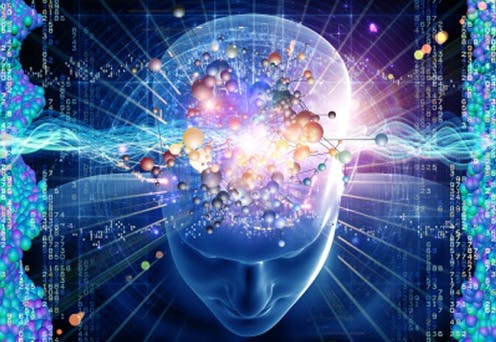 A good night’s sleep may be as simple as flipping a switch, say scientists.

By sending magnetic pulses through the skulls of sleeping volunteers, US researchers were able to stimulate the slow brain waves seen in deep sleep.

Such a machine-generated “power nap” could one day be an insomnia treatment, the Proceedings of the National Academy of Sciences study suggests.

However, it is unclear whether electronically assisted sleep confers the same benefits as natural sleep.

The deepest stage of sleep is characterised by brain patterns known as slow wave activity – electrical waves which wash across the brain, roughly once a second, 1,000 times a night.

Slow wave activity is believed to be critical to the restoration of mood and the ability to learn, think and remember.

With a single pulse, we were able to induce a wave that looks identical to the waves the brain makes normally during sleep
Professor Giulio Tononi

They then recorded brain electrical activity.

In response to each magnetic pulse, the participants’ brains immediately produced the slow waves typical of deep sleep.

The researchers managed to position the TMS device to cause slow waves to travel throughout the brain.

Professor Tononi, from the University of Wisconsin said slow waves may be important in sleep’s “restorative powers”.

He said a sleep-deprived person has larger and more numerous slow waves once asleep.

And as sleep proceeds, the slow waves weaken, which may signal that the need for sleep is partially satisfied.

“With a single pulse, we were able to induce a wave that looks identical to the waves the brain makes normally during sleep.”

He added that creating slow waves on demand could one day lead to treatments for insomnia, where slow waves may be reduced, or a magnetically stimulated “power nap,” which might confer the benefit of eight hours sleep in just a few hours.

But he said researchers must first discover if artificial slow waves have restorative benefits to the brain, and the team are planning further experiments.

Dr Chris Idzikowski, director of the Edinburgh Sleep Centre said the notion of trying to support deep sleep was sound.

“Out of all the stages of sleep we think that’s the one that provides the basic biological function of recovery.