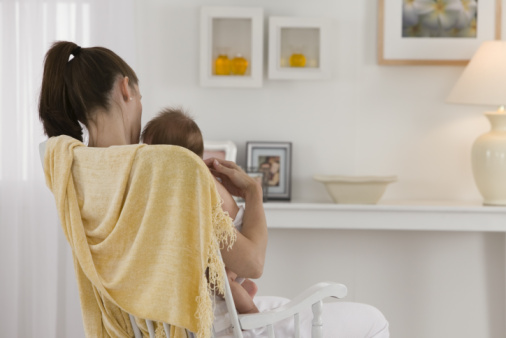 As breast-feeding is often a laborious and uncomfortable task, the report states that only 1 in 10 babies are breast-fed exclusively for six months. 75% of babies start out being breast-fed, but many women find the task hard to manage on a consistent basis with their busy schedules and the social stigma attached to the act.

Benjamin stated that it is sometimes just lack of know-how. She also stated that new mothers shouldn’t have to go at breast-feeding alone. She sates that clinicians, family members, friends, and employers alike can play an important part in helping mothers who want to breast-feed.

While some studies have linked breast-feeding to higher IQ’s, the Surgeon General’s report calls for community programs with support and peer counseling for new mothers. It also calls for employers and health care centers to provide such support.

The Surgeon General’s report has been endorsed by the American Academy of Pediatrics, which stated, “The Call to Action provides a road map for creating a clear path for all mothers to breast-feed as long as they can and wish to do so.”