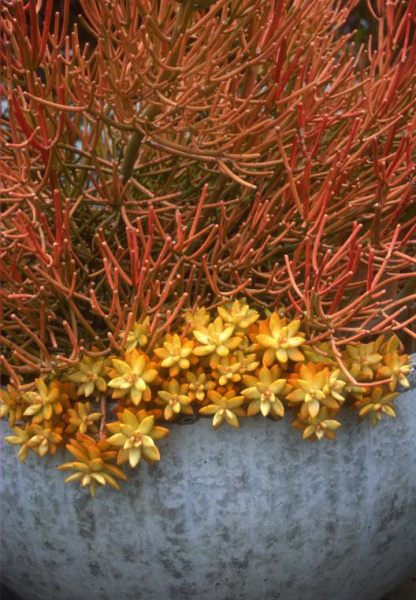 Rick Warren made a startling announcement on his Twitter today. Warren founded an evangelical Southern California mega church nearly thirty years ago, and currently has over 100,000 followers on Twitter. The 21 words that he gave to his followers scared many.

“My eyes were severely burned by a toxic poison. Hospitalized Mon. Excruciating pain. Now Home. Pray my sight loss is restored,” he said to his followers.

Later in the day, it was announced that Warren had accidentally whipped sap from the toxic plant, the firestick plant, into his eyes while he was gardening. Reportedly, since the time that he posted the message to his Twitter, he has regained his sight and can see just fine.

The sap of the Euphorbia tiricalli, also known as the firestick plant, Indian Tree Spurge, Naked Lady, Pencil Tree, or Milk Bush causes skin irritation and can also cause temporary blindness up to 7 days.

On the other hand people in Brazil, India, Indonesia, Malabar, and Malaysia use the milk bush to treat cancers, warts, asthma, rheumatism and toothache.

There are also a number of other plants including the Blinding Tree, the Sand-box Tree, and the giant hogweed that can cause blindness as well.

It is good to hear that his eyesight has returned. Hopefully he will think twice before rubbing his eyes while gardening again. It was a startling message that created quite a buzz on the Internet, but it appears that everything will be fine with Rick Warren moving forward.

You would think that he would have liked to be more specific, as many of his biggest followers were very worried about him after he posted the message.