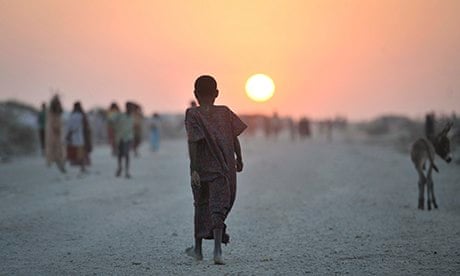 Various methods have been employed in some African nations to “protect” young girls and women from the impulses of men. But a campaign is seeking to put an end to the practice of ironing the breasts flat.

The method is a painful and dangerous one: using a hot, flat object to pound and iron down the developing breasts of children. It has been called abusive and brutalizing, but that doesn’t stop many women from doing it to their daughters.

According to the women who practice it, it is done in order to keep their girls from becoming the target of boys and men who see them as sexually developed once their breasts begin to grow.

The modernization and improvement to the standard of living in Cameroon has been a double edges sword, in this regard: girls are healthier and hitting puberty at a younger age, but their families are reacting with extremes.

There is also the problem of permanent damage, which doctors say occurs when a hot, heavy object is applied to the developing breasts. It severs and crushes connective tissue, causing life-long problems.

Unfortunately, local law is restrictive in protecting young girls from this act. Which a report can be made within a few months of it actually occurring, there is nothing to prevent it. Consequences are also lax, and those few who are prosecuted will see less than three years in a jail cell.

Human rights groups are fighting to bring the practice into the light, as well as the damage it causes.