March For Life 2011 In Washington 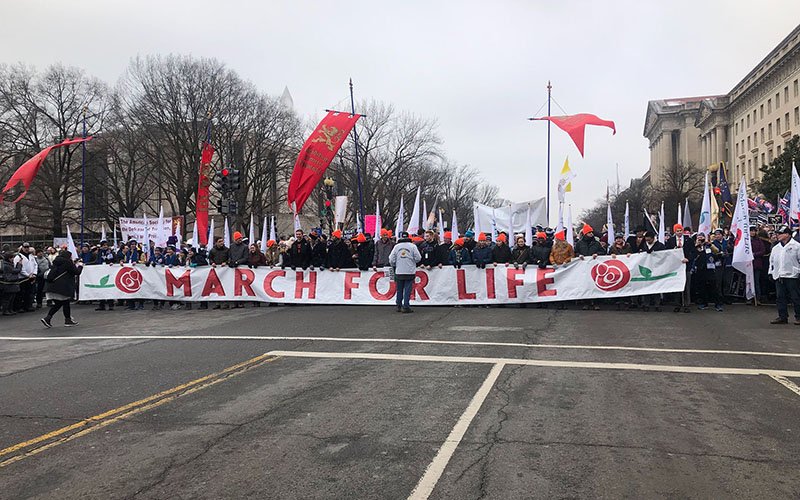 Monday was the start of a major event in Washington where right to lifers kicked things off with a celebration Mass at the Verizon Center, according to the Washington Post.

It reported around 27,000 people attended the event held at the center and public presentations of support for the movement should be found at several popular monuments and and locations such as the Supreme Court.

This is the 38th anniversary of the Roe V. Wade Supreme Court decision that legalized abortion. The march and protests are in coordination with the landmark decisions anniversary. The story also points out the surge of Republicans and conservative politicians in last November’s elections may be enough to overturn the law.

Rise in protests to abortions have been springing up for years and this story points out such as the state of Nebraska that in 2010 passed a law that outlaws the performing of abortions after 20 weeks of a pregnancy.

Also focused on in the story is that restrictions due to the health care overhaul have also begun to take place and more may appear soon.

Roe v. Wade has been a Supreme Court decision that has divided the country ever since.

The legal and social ramifications are those that have been the foundation of debates and elections and now part of such legislation as the health care reform.

It’s sure that a close eye will be on this anniversary series of demonstrations as to gauge in what directions the country will go.