Medical experiments to be done without patients’ consent 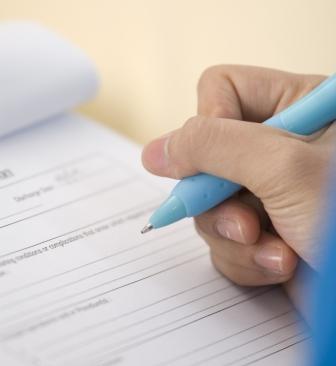 WASHINGTON — The federal government is undertaking the most ambitious set of studies ever mounted under a controversial arrangement that allows researchers to conduct some kinds of medical experiments without first getting the patients’ permission.

The $50 million, five-year project, which will involve more than 20,000 patients in 11 sites in the United States and Canada, is designed to improve treatment after car accidents, shootings, cardiac arrest and other emergencies.

The three studies, organizers say, offer an unprecedented opportunity to find better ways to resuscitate people whose hearts suddenly stop, to stabilize patients who go into shock and to minimize damage from head injuries. Because such patients are usually unconscious at a time when every minute counts, it is often impossible to get consent from them or their families, the organizers say.

The project has been endorsed by many trauma experts and some bioethicists, but others question it. The harshest critics say the research violates fundamental ethical principles.

The organizers said the studies are going forward only after an exhaustive scientific and ethical review by the National Institutes of Health, which authorized the funding in 2004, and the Food and Drug Administration, which approved the first phase about a year ago and the second phase six months ago.

The first experiments, involving nearly 6,000 patients, focus on people who are in shock or have suffered head injuries from a car crash, a fall or some other trauma.

About 40,000 such patients show up at hospitals each year, and the standard practice is to give them saline infusions to stabilize their blood pressure. For the study, emergency medical workers are randomly infusing some patients with “hypertonic” solutions containing much higher levels of sodium, with or without a drug called dextran. Animal research and small studies involving people have indicated that hypertonic solutions could save more lives and minimize brain damage.

The next experiment, which will involve about 15,000 patients, is designed to determine how best to revive those whose hearts suddenly stop beating. About 180,000 Americans suffer these sudden cardiac arrests each year.

Emergency medical workers often shock these patients immediately to try to get their hearts started again. But some do a few minutes of cardiopulmonary resuscitation first. Researchers want to determine which strategy works better by randomly trying one or the other — both with and without a special valve attached to devices used to push air into the lungs during CPR. That study is expected to start next month.

“We will never know the best way to treat people unless we do this research. And the only way we can do this research, since the person is unconscious, is without consent,” said Myron Weisfeldt of the Johns Hopkins University School of Medicine, who is overseeing the project. “Even if there are family members present, they know their loved one is dying. The ambulance is there. The sirens are going off. You can’t possibly imagine gaining a meaningful informed consent from someone under those circumstances.”

Before starting the research at each site, researchers complete a “community consultation” process. Local organizers try to notify the public about the study and gauge the reaction through public meetings, telephone surveys, Internet postings and advertisements and through stories in local media. Anyone who objects can get a special bracelet to alert medical workers that they refuse to participate.

The project proceeds only after also being vetted by a set of local independent reviewers known as an institutional review board. Another group of independent advisers known as a data safety monitoring board will periodically review the study for any signs of problems.

Despite such oversight, some previous similar projects have sparked intense debate. Most recently, a study testing a blood substitute called PolyHeme was criticized for putting patients at risk without consent.

In fact, concerns raised by the PolyHeme study and others prompted the FDA to launch a review of the entire program that permits experiments to be done without consent in emergency situations.

“The ethics and policy concern is how you balance the streamlining of research to get the best information to treat patients against the moral imperative to get consent,” said Nancy M.P. King, a bioethicist at Wake Forest University School of Medicine. “The emergency consent exception is supposed to carve out a very narrow window. What’s been happening is that narrow window seems to be expanding.”

Some bioethicists say the new research is more ethical than some of the earlier studies in several ways, including that patients are not being denied highly effective therapies. Most patients who receive the current treatments do not survive.

“I understand why there might be concerns, but I think ethically this is permissible,” said Arthur Derse, a bioethicist at the Medical College of Wisconsin, which refused to participate in the PolyHeme study. “The treatments we currently have are unsatisfactory.”

But others say that the studies could be done by finding patients or family members who are in a position to provide consent, even though that might make such studies more difficult.

“This just seems like lazy investigators not wanting to try to get informed consent in situations where it is difficult to get it, so they say it is impossible,” said George Annas, a Boston University bioethicist. “I don’t think we should use people like this.”

Annas was particularly disturbed that children as young as 15 might be included in the research.

“Suppose a 15-year-old child is in the back of a car that is in a terrible accident,” Annas said. “The EMTs arrive and say: ‘We are doing an experiment with two techniques. We think they are about equal. Is it okay if we flip a coin to see how we treat your son? Or would you rather we just give him the treatment we think is best?’ Unless you think all parents would have the EMTs flip a coin, consent here is necessary.”

Others are concerned patients may be getting experimental therapies that could turn out to be inferior to standard treatments.

“The most promising experimental medical interventions have often been shown to be less effective than standard treatment,” said Kenneth Kipnis, a University of Hawaii bioethicist.

The “community consultation” process has also come under fire.

“Community consultation is intended to be a collaboration with the community of potential subjects, not just letting them know what the plan is,” said King, the Wake Forest bioethicist.

But Weisfeldt at Johns Hopkins said the critics would be unhappy under any circumstances.

“Some people object to the whole concept of doing any study whatsoever without permission,” Weisfeldt said. “We try to explain all the layers of approval we’ve gone through and that this is the only way we can do the kind of research that could save many more lives in the future.”