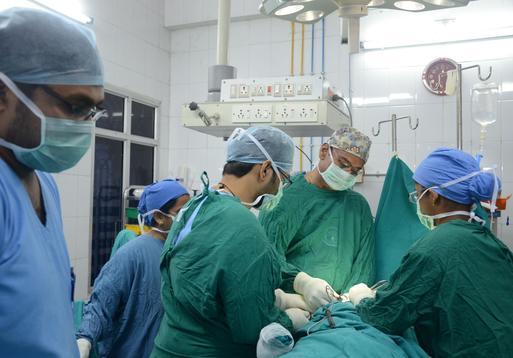 Anger is hot after Johnny Concepcion who confessed to friends and family that he murdered his wife and attempted suicide to evade arrest – was given a donated kidney to save his life.

The list for an organ is a long one, with tens of thousands of people waiting for their lucky day, where a liver, kidney, heart or other necessity is found to give them hope for a longer life.

With the waiting list so long, and the rarity of a usable liver the way it is, many are wondering at the ethical implications of doctors moving a man facing murder charges to the top, and how it happened in the first place.

Johnny Concepcion allegedly stabbed his wife of 18 years fifteen times after they separated, killing her in the home they had shared with three children.

After her murder, he fled, then swallowed rat poison when police closed in. This suicide attempt didn’t kill him, but it did overload his liver with toxins, which caused it to begin to fail.

That is when New York-Presbyterian/Columbia University Medical Center stepped in, found him a liver, and authorized the transplant in an emergency surgery that would save his life, which will likely be spent behind bars for the one he took.

Now many are asking how it is that people with no innocent blood on their hands is allowed to get a liver, when so many die in hospitals every years waiting for one. Seems like a fair question, especially for those names he jumped to get to the top of the list.