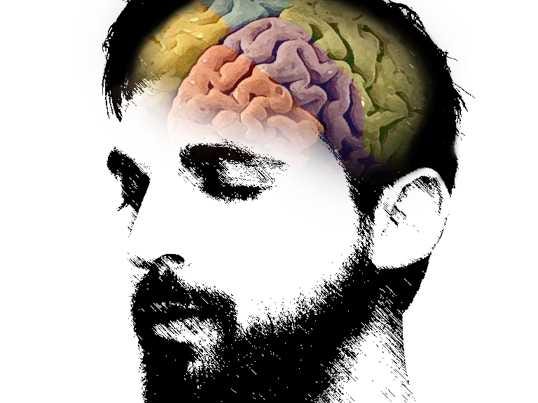 Could magnets make the mind grow stronger? In mice at least, stimulating the brain with a magnetic coil appears to promote the growth of new neurons in areas associated with learning and memory. If the effect is confirmed in humans, it might open up new ways of treating age-related memory decline and diseases like Alzheimer’s.

Transcranial magnetic stimulation (TMS) has been used experimentally to treat a range of brain disorders, including depression and schizophrenia, and to rehabilitate people after a stroke. TMS uses a magnetic coil to induce electric fields in the brain tissue – activating or deactivating groups of neurons, although the exact mechanism has remained unknown. One theory was that it aided learning and memory by strengthening brain circuits through a process called long-term potentiation (LTP).

To investigate, Fortunato Battaglia at the City University of New York and his colleagues gave mice TMS for five days, then analysed their brains for evidence of LTP or cell proliferation.

They confirmed that TMS enhanced LTP in all areas of the brain tested, by modifying key glutamate receptors so that they stayed active for longer. The team also saw large increases in the proliferation of stem cells in the dentate gyrus hippocampus. These cells divide throughout life and are now believed to play a crucial role in memory and mood regulation (See “Memories are made of this?”).

“The effect on the stem cells is the most exciting finding,” says Battaglia, who presented his results at a meeting of the American Academy of Neurology in Boston earlier this month. Physical exercise and some antidepressants also promote neuron growth, but they can be difficult to target to specific areas.

Battaglia thinks TMS could eventually be used to improve learning and memory in people with age-related memory decline and Alzheimer’s – which is associated with a loss of neurons in the hippocampus, among other areas. His team is now running a trial to test this theory.

John Rothwell, a TMS researcher at the Institute of Neurology at University College London, says this is the first time TMS has been shown to enhance neurogenesis, but he questions whether TMS could stimulate neuron growth elsewhere in the brain. However, even if TMS cannot replace lost neurons, Rothwell believes it could still slow down the progression of diseases like Alzheimer’s by enhancing LTP. “It may be a way of reinforcing connections that are becoming weaker,” he says.

Memories are made of this?

Brain cells generated during adulthood may play a greater role in memory formation than previously thought.

New cells are generated in at least two areas of the brain throughout life. Researchers had speculated that they could be involved in the formation of new memories, but until recently there was little evidence to support this.

Now Hongjun Song at Johns Hopkins University School of Medicine in Baltimore, Maryland, and his colleagues have shown that young adult-grown neurons display similar properties to neurons in the developing nervous system – potentially providing a mechanism by which new neurons could integrate into existing brain circuits and modify them.

The team labelled dividing cells in the hippocampi of mice, and then measured how easily they were activated in response to an electrical stimulus at different ages. Cells aged between 1 and 1.5 months were easier to activate and displayed a greater degree of activation than younger or older cells (Neuron, vol 54, p 559).

“It indicates that adult neurogenesis continuously provides a pool of highly excitable and flexible neurons, facilitating the formation of new connections within the adult brain,” says Josef Bischofberger, a neuroscientist at the University of Freiburg in Germany. “At the same time, maturation will slowly ‘cool down’ the new cells, making them reliable units for stable representation and storage of the newly learned memories.”

Song believes the new cells may modify existing networks, helping them incorporate new information and adapt to changing conditions, such as disease.