Are humans hard-wired for faith? 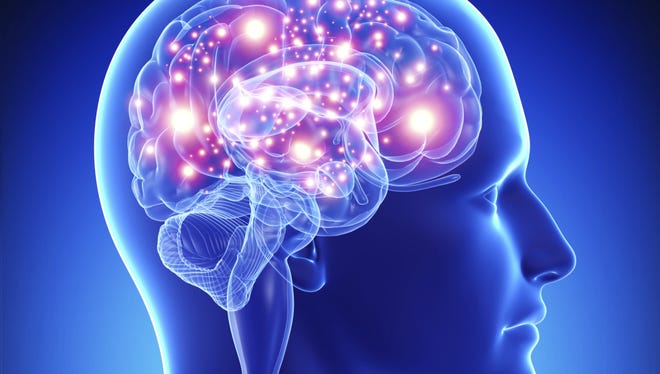 “I just know God is with me. I can feel Him always,” a young Haitian woman once told me.

“I’ve meditated and gone to another place I can’t describe. Hours felt like mere minutes. It was an indescribable feeling of peace,” recalled a CNN colleague.

“I’ve spoken in languages I’ve never learned. It was God speaking through me,” confided a relative.

The accounts of intense religious and spiritual experiences are topics of fascination for people around the world. It’s a mere glimpse into someone’s faith and belief system. It’s a hint at a person’s intense connection with God, an omniscient being or higher plane. Most people would agree the experience of faith is immeasurable.

Dr. Andrew Newberg, neuroscientist and author of “Why We Believe What We Believe,” wants to change all that. He’s working on ways to track how the human brain processes religion and spirituality. It’s all part of new field called neurotheology.

After spending his early medical career studying how the brain works in neurological and psychiatric conditions such as Alzheimer’s and Parkinson’s disease, depression and anxiety, Newberg took that brain-scanning technology and turned it toward the spiritual: Franciscan nuns, Tibetan Buddhists, and Pentecostal Christians speaking in tongues. His team members at the University of Pennsylvania were surprised by what they found.

“When we think of religious and spiritual beliefs and practices, we see a tremendous similarity across practices and across traditions.”

The frontal lobe, the area right behind our foreheads, helps us focus our attention in prayer and meditation.

The parietal lobe, located near the backs of our skulls, is the seat of our sensory information. Newberg says it’s involved in that feeling of becoming part of something greater than oneself.

The limbic system, nestled deep in the center, regulates our emotions and is responsible for feelings of awe and joy.

Newberg calls religion the great equalizer and points out that similar areas of the brain are affected during prayer and meditation. Newberg suggests that these brain scans may provide proof that our brains are built to believe in God. He says there may be universal features of the human mind that actually make it easier for us to believe in a higher power.

Interestingly enough, devout believers and atheists alike point to the brain scans as proof of their own ideas.

Some nuns and other believers champion the brain scans as proof of an innate, physical conduit between human beings and God. According to them, it would only make sense that God would give humans a way to communicate with the Almighty through their brain functions.

Some atheists saw these brain scans as proof that the emotions attached to religion and God are nothing more than manifestations of brain circuitry.

Scott Atran doesn’t consider himself an atheist, but he says the brain scans offer little in terms of understanding why humans believe in God. He is an anthropologist and author of “In Gods We Trust: The Evolutionary Landscape of Religion.”

Instead of viewing religion and spirituality as an innate quality hardwired by God in the human brain, he sees religion as a mere byproduct of evolution and Darwinian adaptation.

“Just like we’re not hardwired for boats, but humans in all cultures make boats in pretty much the same way, Atran explains. “Now, that’s a result both of the way the brain works and of the needs of the world, and of trying to traverse a liquid medium and so I think religion is very much like that.”

Atran points to the palms of his hands as another example of evolutionary coincidence. He says the creases formed there are a mere byproduct of human beings working with our hands — stretching back to the ages of striking the first fires, hunting the first prey to building early shelter. Although, the patterns in our palms were coincidentally formed by eons of evolution and survival, he points out that cultures around the world try to find meaning in them through different forms of palm reading.

Anthropologists like Atran say, “Religion is a byproduct of many different evolutionary functions that organized our brains for day-to-day activity.”

To be sure, religion has the unparalleled power to bring people into groups. Religion has helped humans survive, adapt and evolve in groups over the ages. It’s also helped us learn to cope with death, identify danger and finding mating partners.

Today, scientific images can track our thoughts on God, but it would take a long leap of faith to identify why we think of God in the first place.

Women Would Give Up Sex To Be Slim