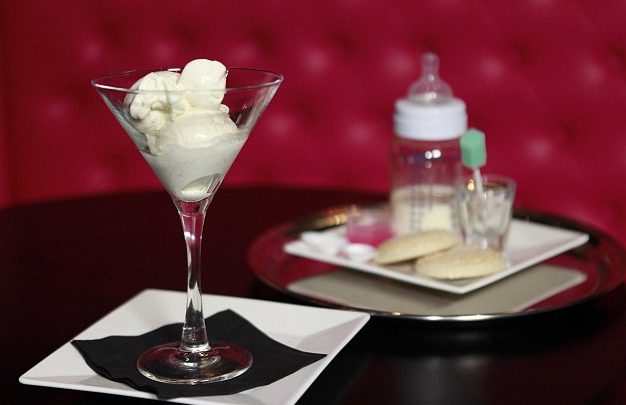 A store in London called Icecreamists that was founded by Matt O’Connor that made headlines recently for selling ice cream made from human breast milk dubbed Baby Gaga is back in the news again after authorities seized the tasty treat from the store.

The government says that the reason for the seizure of the popular ice cream product is due to fears the milk may be a health hazard passing on such diseases as hepatitis.

The furor over the recall has proponents for the ice cream hot under the collar and in need of cooling off.

The ice cream was so popular that the store that sold it had lines around the block with anxious customers waiting to try it out. The manufacturer said that the ice cream had been tested with rigorous standards and if the breast milk was so dangerous then why was Victoria Hiley’s baby’s allowed to drink it.

This is one funny news story that sends out all sorts of humorous images of women lined up like dairy cows getting milked for the delivery trucks. The natural food proponents are happy in the turn toward human breast milk as science has shown before that it’s healthier for people than cow or goat milk.

One wonders about other such milk based products based on breast milk and how in the world is it manufactured. Will we see cans and bottles with pictures of smiling women with large breasts on the labels like we do with dairy products?

The British health officials had better come up with a better reason for keeping people away from mother’s milk or there might be street protests like they’ve had in Egypt or Libya!