Blood pressure rising around the globe 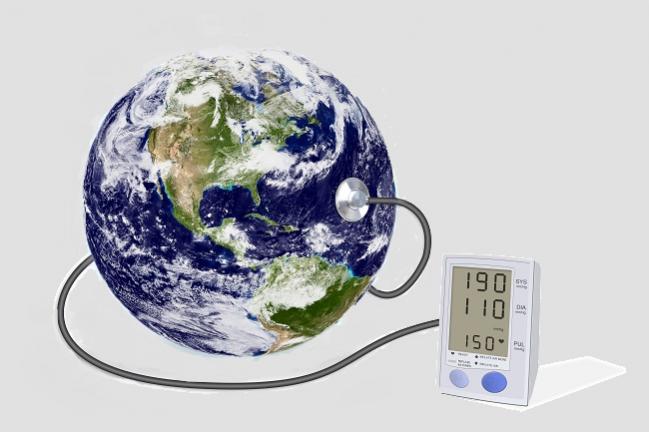 The numbers are a shock: Almost 1 billion people worldwide have high blood pressure, and over half a billion more will harbor this silent killer by 2025. It’s not just a problem for the ever-fattening Western world. Even in parts of Africa, high blood pressure is becoming common.

That translates into millions of deaths from heart disease alone. Yet hypertension doesn’t command the attention of, say, bird flu, which so far has killed fewer than 200 people.

“Hypertension has gone a bit out of fashion,” says Dr. Jan Ostergren of Sweden’s Karolinska University Hospital, who co-authored a first-of-its-kind analysis of the global impact of high blood pressure.

The idea: to rev up world governments to fight bad blood pressure just as countries have banded together in the past to fight infectious diseases.

“Even in the U.S., the majority of people with high blood pressure are not treated adequately,” says Dr. Sidney Smith of the University of North Carolina at Chapel Hill, who advises the World Heart Federation. “Look at China, look at Africa, go around the world. It is a major risk factor.”

And the dangers go well beyond the heart. High blood pressure is a leading cause of strokes and kidney failure. It also plays a role in blindness and even dementia.

Patients seldom notice symptoms until organs already have been damaged.

Yet treating high blood pressure before that happens is a medical best-buy. Improving diet and exercise can help. When that’s not enough, blood pressure drugs are among the oldest and thus cheapest on the market — 21 cents a day for a leading diuretic.

Ostergren joined experts from the London School of Economics and the State University of New York to assemble two teams of specialists and map what they call the coming crisis of hypertension: 1.56 billion people are expected to have it by 2025.

With funding from drug maker Novartis Pharma AG, they’re providing copies to governments and health officials around the globe; a briefing in Washington is set for Thursday.

The report essentially calls for a cultural change. Consider: In the U.S., commiserating over blood pressure readings is an accepted dinner-table topic. Because black Americans are at especially high risk — roughly 40 percent are affected — hypertension has become a sermon topic at majority-black churches, and post-service screenings aren’t uncommon. The government even advertises about the condition.

That adds up to an openness about blood pressure not seen in much of the world, says report co-author Dr. Michael Weber of SUNY’s Downstate College of Medicine.

In some regions, “it’s sort of an insult to your manhood if you have to take a blood-pressure medicine,” Weber says, citing estimates that hypertension affects about one in three adults in Mexico, Paraguay and Venezuela.

“We need to break those barriers as well and make it perfectly fashionable. We need to get role models in those countries to say, ‘You know what? I’ve got high blood pressure.’”

The U.S. still needs to improve, too, Weber hastens to add. High blood pressure affects nearly one in three adult Americans as well, or 72 million people. About a third have their condition well-controlled, not nearly enough but better than other countries that track treatment, the report found.

Normal blood pressure is measured at less than 120 over 80. Anyone can get high blood pressure, a level of 140 over 90 or more. But being overweight and inactive, and eating too much salt, all increase the risk. So does getting older.

The world’s population is aging and fattening, fueling a continued increase in blood pressure problems. Remarkably, the report cites worse hypertension rates in much of Western Europe than in the U.S., despite cultural similarities: 38 percent in England, Sweden and Italy; 45 percent in Spain; 55 percent in Germany.

But the biggest jump is expected in developing countries and nations rapidly moving to more Western-style economies, the report warns. In parts of India, studies suggest one in three urban adults has high blood pressure, while it’s still rare in rural areas with more traditional lifestyles. More than a quarter of adults in China have hypertension. So do one in four in Ghana and South Africa.

Treatment is difficult, because patients often quit their medicine, not understanding it’s necessary even when they feel good. Also, doctors may be reluctant to prescribe the two- or three-drug combinations that half of patients wind up needing.

For poorer countries, the tab for even low-cost diuretics is an issue — not to mention public education about sticking to treatment, notes Smith, the World Heart Federation adviser, who was not involved in the new report.

But fighting bad blood pressure could mean that developing countries avoid epidemics of full-blown heart disease, which they definitely can’t afford, Smith stresses. World health and economic groups already are brainstorming strategies to help, such as whether industries that move into poor countries should be required to screen their workers for high blood pressure.